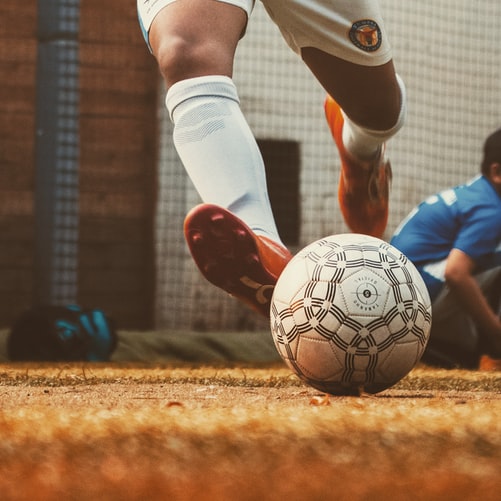 Football is a favorite sport among all other games. It has recorded the highest audience in a single match. There are tremendously talented and hardworking players of Football around the world. Fans give them huge love and respect. Their popularity among fans is due to many reasons including performance and beauty. But there are few players who are blessed with both beauty and great performance. They attract the audience through their personality. Here is a snapshot of few handsome football players.

No one makes his first position in a list of most handsome footballers other than Cristiano Ronaldo. Ronaldo has taken the heart of millions through his remarkable performance and beauty. He is considered one of the most stylish footballers and famous for his fashion sense. He holds this position since 2013 and not giving anyone a chance to take his place. He does not only possess dashing looks but also has remarkable skills. He is also the highest-paid and richest footballer in the world. He is dedicated to his profession and working hard for his team. Ronaldo currently has 273 million followers on the social media application Instagram.

Marco Reus is a German player and made his second position in the list of most handsome football players. Through his looks and brilliant performance, he knows how to steal the heart of his fans. His fans have deep emotions for him. The handsome football player dated the Carolin Bohs for five years and get separated after that. Due to his looks, Marco is often featured in the magazines and cover pages of the sports and FIFA. Marco Reus has 9 million followers on Instagram.

The talented football player has seen plenty of victories and took huge trophies. He stands third in the list of a most handsome football player. He is also one of the most popular football players. With his outstanding skills and dedication to football, he won FIFA World Cup, the UEFA Champions League, and the Ballon d’Or.  The handsome player got married in 2005 to his long-term girlfriend and the couple has two kids. The couple parted their ways in 2015. The player achieved 10 million followers on Twitter and make his name in one of the most popular footballers. He has 17.2 million followers on Instagram.

James is the highest goal scorer in FIFA World Cup 2014. He stands at fourth position in the list of most handsome football players. He attracted the audience and fans through his remarkable performance during the Brazil world cup. He was also awarded in 2014 due to his best goal. Also, his name was included in the list of highest-paid footballers. Along with football, he made his name in the club circuit. He is the costliest benchwarmer in the club and appeared in only 77 matches within four seasons.  He has 46.5 million followers on Instagram.

Mario is a 28-year-old German Player. The wonderful possess great dribbling and speed.  He is the example of talent Germans player has. From 2009 to 2013, he played Borussia Dortmund. He is the prominent figure of his squad and made 60 International appearances for Germany. Back in March 2017, Gotze was diagnosed with a metabolic disorder called myopathy. Other than playing football, he made his appearance in multiple campaigns and was featured on the front page of Pro Evolution Soccer. The handsome player has 8 million followers on Instagram.